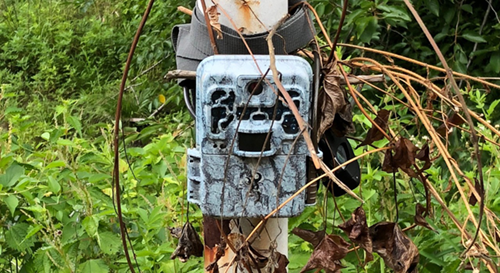 “What if we could see radiation?”

That’s what I remarked to a colleague when we were working in the field in Fukushima. A problem with radiation is that it is invisible; it has no smell either. If we could see radioactivity in real-time, in the air, in the soil, or in the ocean, we would easily be able to identify the hotspots around us that we should avoid, or we could see a radioactive plume approaching us and run away from it at full speed.

Standing in a contaminated field, looking at the number rising on the Geiger counter in our hands, is like feeling a ghost standing nearby but not being able to see it. It’s a spooky feeling, and this spookiness is what creates the fascination with radiation in pop culture.

We have devices to visualize electromagnetic waves in real-time such as a GPR (ground penetrating radar). Nowadays, we can install EM detectors on our smartphones and see the magnetic field. But for nuclear radiation (energy), we still measure its activity using scintillators, collect the data, then transform that data into maps, graphs, or videos.

However, it looks like real-time radioactivity visualization is becoming a reality now. This apparatus visualized radioactive particles’ bloom and decay in ghostly videos. I found it interesting that they labeled this project as ‘ART.’ Did artists outdo scientists? 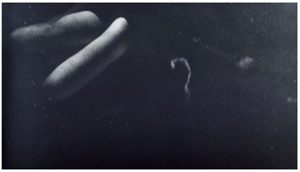 Not so fast. These researchers are investigating a way to dynamically visualize radiation leaks at a nuclear plant.

In the near future, we might be able to put on “radiation glasses” and see radiation around us. We won’t need a device; we’ll become a device. When radiation becomes visible to us, our fascination with it might disappear. But then, radiation might become something we can better control, and we might be able to save some lives if and when the worst happens again.